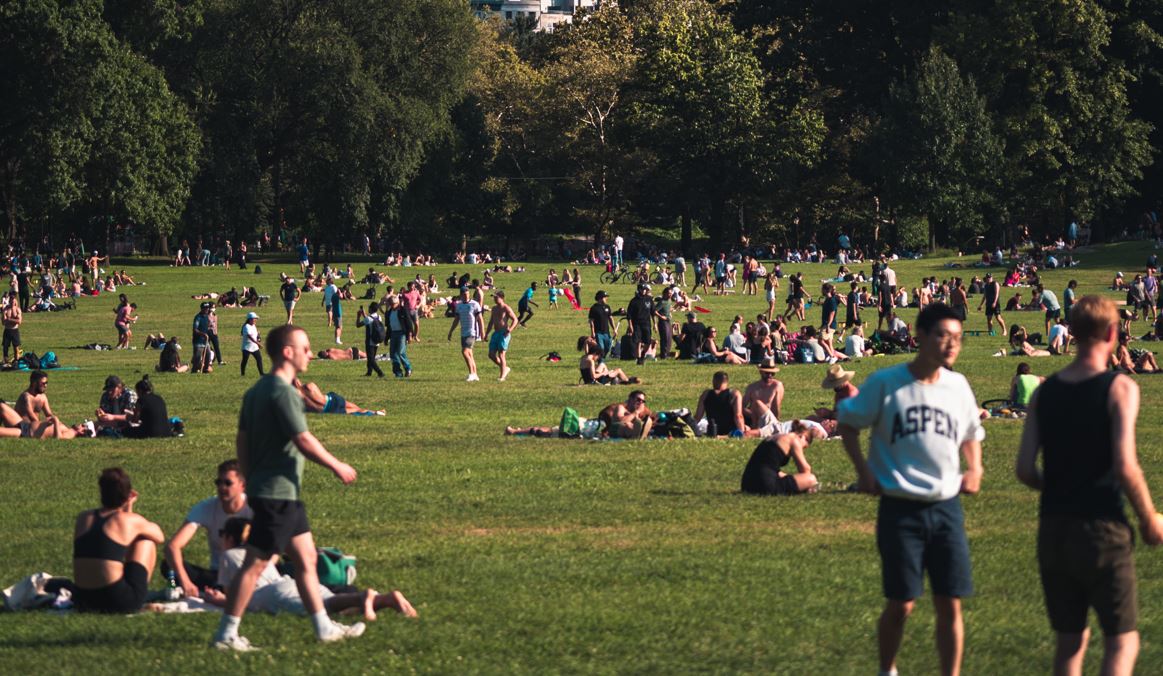 Maybe the summers of 2020 and 2021 were just a harsh dream? After two years of grind, junior bankers are living the promised life: earning good money, working no more than 12 hours a day, hanging out in bars.

On a tour of Manhattan, Bloomberg set out to encounter them. It found them, drinking beer at the Greenwich Street Tavern in jeans and pink shirts. It found them on a happy hour boat cruise sipping drinks at 5.40pm one Thursday. It found them, 'relishing their freedom.'

While the past few years became notorious for 100 hour weeks, 2022 has been a year in which the Citi analysts in pink shirts said they were working from 10 in the morning to 10 at night with drink breaks in the evenings. They said working into the early hours still happens, but only once a month. A 24 year-old Mizuho analyst said he now has time to play golf or tennis. A Morgan Stanley analyst has been rock-climbing in a Queens gym and singing karaoke in Koreatown. Another analyst sometimes heads to Broadway after work to catch a show.

With their salaries hiked to $110k (and more at some boutiques), banking juniors can afford to treat themselves now and then. Last year's burnout is becoming this year's summer of rehabilitation. But the extra time comes at a cost.

Analysts are being are paid less: this year's analyst bonuses are a lot lower than last year's. The work involves a lot of pitching and fewer actual deals, and this is not very satisfying. There's a rattly anxiety about what comes next, particularly if far fewer people than normal leave for private equity or other roles and banks therefore find themselves heavily overstaffed.

In the circumstances, the people still working hard might find themselves at an advantage. Joanna Levy, an investment banking analyst at Solomon Partners said she "hasn't had a ton of downtime." A first year at Bank of America says she still works Sundays, but starts at midday instead of 9am. Conspicuous busyness could be a good thing. If the deal drought continues, face time might make a comeback - so might five days a week in the office.

Separately, days after Business Insider's article about the problems at Goldman Sachs' Marcus unit, the Financial Times has a sort of follow-up. With Marcus yet to turn a profit, the FT says management is reviewing its spending plans. The consumer bank's drag is putting pressure on CEO David Solomon, who has championed the consumer bank, and is still known internally as a guy from Bear Stearns. Goldman's traders don't understand why their business has been strategically downgraded in favour of the loss-making Marcus, even though Marcus has at least amassed $100bn in deposits, which saves Goldman "tens of millions" in funding costs. And Solomon is viewed askance for sponsoring McLaren in a year when there might be layoffs at Goldman, and for DJing at an event associated with "undulating throngs of naked, sweaty, drug-fuelled revellers.” It all sounds a bit complicated.

IPOs are still dead, but follow-on offerings of stock from already listed companies are picking up. Last week there were $3.8bn worth of follow-on stocks issued, the biggest one-week volume since the start of the year. (Bloomberg)

Crypto broker Genesis will cut a fifth of its staff and replace its chief executive “to emerge from this period even stronger than before”. (Financial Times)

Last month EY partners had a secret briefing about the audit consulting split at the five-star Royal Lancaster hotel near Hyde Park. There's still a lot of confusion over partner pay and when partners will be able to cash in their new shares. Security guards were on hand to prevent interlopers. (Financial News)

PWC partners are earning £1m for the first time ever. (Financial Times)

Ray Dalio has appeared in a video with rapper Kendrick Lamar about how to make money. "His problem is, I don't think he understands how to compound his talent and how it could compound his money...." (YouTube)

Photo by Chris Turgeon on Unsplash

Click here to create a profile on eFinancialCareers. Make yourself visible to recruiters hiring for all the best jobs in technology and finance.