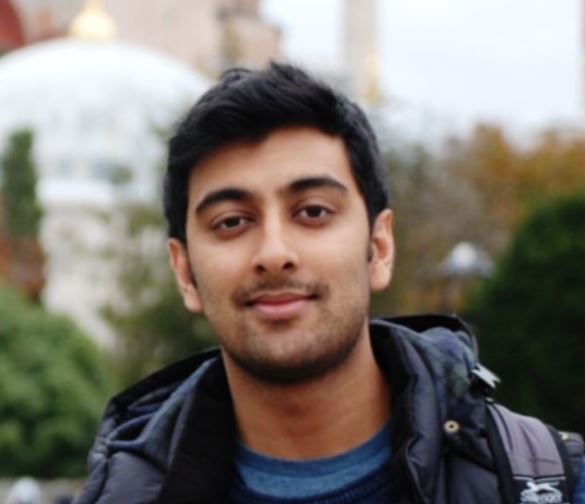 As the old proverb goes, it’s an ill wind that doesn’t blow somebody a bit of good. Although banks are understandably reluctant to say too much about it, and although the Russian invasion of Ukraine has been something of a disaster for investment banking revenues overall, there are some parts of the market where things have been going much better.

Emerging market credit traders have found themselves in an unusual position.  The best possible conditions for a fixed income market making desk are those where there’s a lot of volatility, a crowd of “motivated” clients who need to buy or sell in a relatively price-insensitive manner, and reduced levels of competition to keep spreads wide.  That’s pretty much a description of the market for Russian corporate debt right now.

Although most Russian companies are forbidden from raising capital on Western markets, there are few restrictions on the secondary market trading of Russian corporate debt or on credit default swaps – since the bonds don’t care who owns them, there would be little point in having any.  A lot of investors want to get out at more or less any price, and only a few contrarians are prepared to take the credit risk on the other side.  If you’re at a big bank with sufficient capital to execute the business, a good sales team to identify both sides of the deal and a sharp and savvy research and compliance department to help you navigate the risks, there’s a lot of money to be made facilitating the trades.

So JPMorgan must be feeling pretty happy with their decision to hire Akash Garg from BNP Paribas eighteen months ago.  He’s something of a rising star, having only entered the industry in 2015 (which makes him around 29 by our reckoning), and at the comparatively junior rank of Vice President, he’s being credited (by seemingly well-sourced market rumours) with as much as $100m of P&L so far this year.  That’s approximately equivalent to Goldman Sachs trader, Steven Gooden, at is apparently twice as much as the Barclays team headed by Oleg Sarzhin has made this year.

Of course, these individual figures are almost certainly not the whole story. Trading in this kind of market is a team sport, and there will be lots of other people at all three banks who would claim their share of the revenue.  (In fact, in most cases, the total claims for credit will add up to several multiples of the actual money made).

And as a Goldman spokesperson points out, trading is meant to be “focused on clients’ risk reduction, so they can proceed with an orderly wind down of exposure”.  Although every trade has a buyer and a seller, so somebody else must be proceeding with a wind up of exposure, all three banks are likely to be turning business away for a variety of reasons.

Therefore, it’s not simply a matter of a young trader making a hundred million dollars.  But on the other hand … a hundred million dollars.  This is the kind of time when reputations are made that last a whole career, and we’d presume that when the bonus round comes, Akash Garg will spare a thought for the people whose national tragedy created the conditions for a once-in-a-lifetime opportunity.

Elsewhere, there might be a new record set for the largest amount of money an investment banker has lost on the golf course.  According to the Wall Street Journal, in 2020 someone called a Credit Suisse internal hotline to complain about Brian Chin, the head of investment banking.  The nature of the complaint was that ten years earlier, Chin had repeatedly organized client dinners at a golf club in the Hamptons where women were not allowed in the main dining room, but confined to an outside porch area called “The Birdcage”.

The complaint was found to be justified and to constitute serious enough misconduct to potentially warrant dismissal.  But while CS was making up its mind what to do, Mr Chin was fired in 2021 for unrelated reasons (as part of the fallout from the Archegos losses).  Partly as a result of the conduct review, they decided to withhold $18m of deferred compensation.  That’s an expensive mistake to have made, and a reminder that things can come back to bite you.

“When the market was superfrothy, I was having financial professionals reach out to me on a daily basis … managing directors to portfolio managers, vice presidents, analysts”.  Sam Puerifoy, a former Goldman banker who currently runs a crypto gaming company and has the nickname “Das Kapitalist” is still so busy that he hardly has time to play video games.  He doesn’t think that the Wall Streeters were trying to make more money though – “I think they’re genuinely just bored” (Bloomberg)

Goldman Sachs received 236,000 applications for internships this year.  If the application process wasn’t online, this would have meant that (assuming a cover letter and one-page resume, on normal printer paper) they would have formed a stack 56 metres tall, half the height of the Statue of Liberty. (CNBC, calculations by us).

It seems to be largely an arithmetic consequence of the facts that the top ranks of investment banks are dominated by men, the proportion of bonus compensation gets higher as you move upward and that it’s been a good bonus year, but the gender pay gap has worsened at JPM, Goldman, Barclays, Morgan Stanley and UBS in London, according to government statistics. (Financial News)

He has a “disarming, unassuming and sometimes boring demeanour” and likes John Grisham novels, but Brian Moynihan seems to have made a career out of absorbing criticism from protestors, analysts, random people at Davos and other CEOs.  Interestingly, the two people who appear to have always believed in him are himself, and Warren Buffet. (New York Times)

From the department of “how did this ever get to court”, an employment case involving former BNP Paribas banker Fabio Filippi is dragging up a lot of emails from the compliance department, over a whistle-blowing episode which the bank claims had nothing to do with his eventual dismissal. (Bloomberg)

“Ownership Works” is a new nonprofit organisation aimed at promoting employee ownership of corporations.  It’s backed by Apollo, Ares, KKR and a number of other big private equity firms, many of which are also owned to a significant extent by their employees. (WSJ)