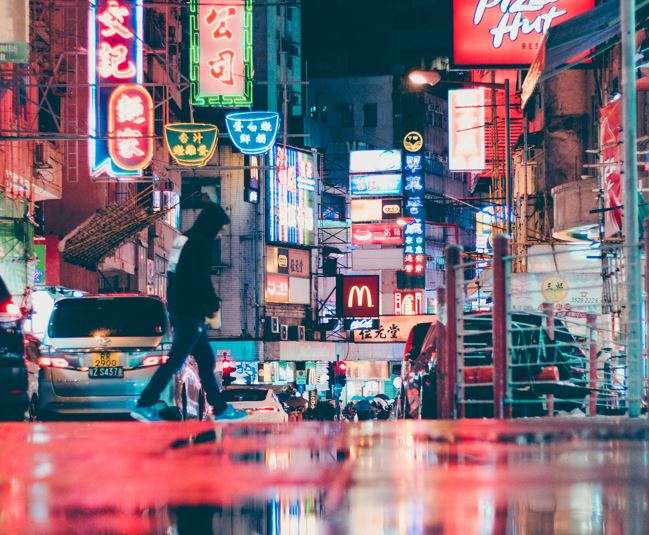 The exodus of expats and locals from Hong Kong accelerated in February, but investment bankers have fewer options than they think when it comes to relocation.

Banks have re-introduced strict work from home policies as infections from the Omicron variant soar, and with death rates rising, the government is looking to introduce mass testing.

For some expats, the prospect of being separated from their children because of strict quarantine laws is proving the catalyst for departure, and 1% of Hong Kong’s population left in February. Other destination such as the Middle East are providing incentives for people looking to relocate according to Bloomberg. But bankers are also returning home or looking for roles in other global financial centres.

Ryan Holsheimer, JP Morgan’s head of cash equity & equity distribution for Asia-Pacific in Hong Kong has left the firm and is returning to Australia.  Ex-APAC head of insurance investment banking Lionel Pernet and Apac head of cash trading Borja Rodriguez-Cano are both relocating to London to take on similar roles covering the EMEA region.

“I know a lot of people not just in financial services but lawyers, accountants, school teachers who have absolutely had it,” said one headhunter.

“My quarantine for which I had to pay in advance cost me over $HK100,000 - £10k for three weeks in a miserable hotel, eating rubbish food. No ventilation. If you stick your leg out of the door they’ll arrest you, fine you $50K and throw you out of HK.”

But when it comes to moving within APAC, there are fewer options. Singapore is the favoured destination for many, but has its limits.

Singapore is seen as more of a fixed income hub than Hong Kong and a number of banks have been building teams there, particularly Japanese firms like SMBC and MUFG.

Other banks like HSBC and Barclays building out their teams in South East Asia. “A number of banks are thinking they should do more in SE Asia in places like Indonesia and Vietnam, where there is mid-market M&A activity. I placed a number of senior bankers from western banks in Singapore last year.  Some American banks are looking to beef up in Singapore,” another headhunter said.

But relocating to a job in banking in Singapore is not straightforward because market authorities prefer banks to hire locally. “It’s a small population of 5.3m and therefore for any role in financial services - or any other industry -  that’s hired, you need to justify it. You need to show how many Singaporeans have been interviewed, you need to ensure the job has been advertised. If you’re hiring a non-Singaporean you have to justify why he or she is better,” the headhunter added.

Expats that are not constrained by working in an office are heading east until Hong Kong’s zero-Covid policy ends or the pandemic eases and travel restrictions lift.  “Friends have moved to Thailand, but that’s not an option for everyone,” says one expat.

Another expat says that bankers have remained in Hong Kong while their families have moved back to the UK or other destinations. In one case, expats have rented out their family homes and moved into a shared house. “It’s like a frat house,” one neighbour says.

But when it comes to equity underwriting and mergers and acquisitions (M&A), Hong Kong remains the most important financial hub in Asia

US banks may be discussing relocations, but they are playing down talk of a talent exodus. JP Morgan points out that Holsheimer’s Sara Perring is relocating to Hong Kong from Tokyo. A spokesperson for Citi said that 93 staff had relocated to Hong Kong over the last 12 months and the bank has hired 300 staff overall in Hong Kong. The bank, which enjoyed a record year in corporate finance in 2021, has applied for an investment banking and sales and trading licence in China and is looking to recruit 100 staff over the 12 months.

In a memo to staff, Bank of America has underscored its commitment to Hong Kong, with Jiro Seguchi and Jin Su, co-Presidents of the Asia Pacific region, saying that the hub is the bank’s most profitable market in the Asia-Pacific region, accounting for more than a quarter of its pre-tax earnings in 2021.  BofA has increased front office headcount in its investment banking division in Hong Kong by 20% in the last 12 months, according to a report from Bloomberg.

But the longer restrictions remain in place, the more banks will look to move parts of their businesses to more accessible locations.  “It’s pretty easy to move HR and compliance to Singapore,” one banker said.

Photo by Spencer Chow on Unsplash