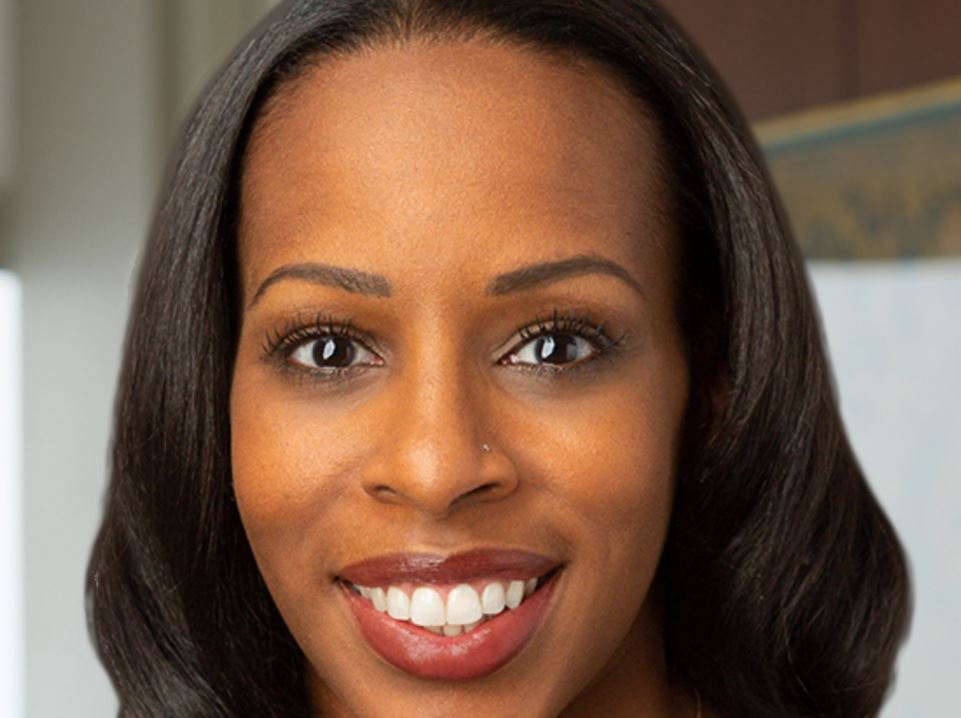 It's not always that you can combine a very well paying job in financial services with the facility to say with absolute conviction to your young daughters that you are working as hard as you can to create a better kind of world for them to live in when they grow up. Margaret Anadu had that job, but she just left it.

Bloomberg reported yesterday that Anadu has removed her "rising star" from Goldman and is off to do something else instead. That other thing is not yet clear, but given that Anadu often spoke passionately about all the good she was able to achieve through her role at Goldman (and that Goldman has just embarked on a new sustainability push by apppointing Matthew Newton as its head of sustainability communications), it must be pretty special.

Officially, Anadu was head of sustainability and impact efforts at Goldman’s asset-management arm, but she also led the bank's investment efforts in minority communities, including Goldman's $10bn investment strategy in black women. People don't typically associate Goldman with black women, she said last July, and it's good for the firm to stand up in a loud and proud way and say that "one of the clear investments that is smart and right and good and that we need to be making today, is in black women."

Anadu herself grew up in Nigerian capital Lagos until she was 10, when her family moved to Houston Texas. "I certainly witnessed poverty on a scale that you don't forget, it doesn't leave you," she reflected.

After graduating from Harvard in computer science in 2003, Anadu said she considered becoming a corporate lawyer, but had no money for law school. "I ended up at Goldman with this very clear plan that I was going to save a bunch of money, I was going to get these big bonuses, I was going to use them to go to law school, and I was going to change the world by being a lawyer."

In fact, after joining Goldman in 2003 she stayed for over 18 years. "Something kind of clicked for me around finance," said Anadu. "It just hit me that the flow of capital determines for better or worse what businesses get built, what start-ups get to grow, what housing gets built where and why and who gets to do it and in which neighborhoods."

In 2018, Anadu became a Goldman partner - a role that comes with a standard salary of $950k, plus bonuses, plus co-investment opportunities, plus this year's special partner top-up. One of only four black female partners among a partnership pool of 400 hundred people, Anadu was a huge proponent for black women in finance, and for finance jobs that make a positive difference. "I'm not perfect, it's hard to be, I'm busy, I sleep under the desk sometimes, it all works out," she said in July.

Whatever Anadu does next, it's fairly certain that she would still encourage young women into banking careers. "You just gotta get in, just get in wherever you can, regardless of how junior it is, regardless of which role it is, you've just gotta get into the game and then you can sort it out from there," she advised young people last year. "Don't overthink it," she added - you have to be at the table before you can understand everyone's different roles and where you yourself can play.

Separately, following this year's epic bonuses in banking, the inevitable backlash is cohering in the shadows. Sarah Bloom Raskin, Biden's nominee for leading bank supervision at the Federal Reserve has said she wants to tackle bonuses if confirmed. It's not clear whether Bloom Raskin would start working on bonuses this year, but ultimately she intends to reinvigorate attempts to impose rules to curtail them, potentially similarly to the rules imposed restricting bonuses to two times salary in Europe.

A new anonymous complaints portal at Citi is preventing some people from receiving bonuses. Bonuses are withheld even if claims are unfounded. (CNBC)

Carlyle employs 1,800 people. Last year it paid them $1.4bn in carried interest (up 315%) and $2.3bn in salaries and other benefits (double the previous year). Stock compensation was paid on top of this. (Bloomberg)

Carlyle still gets 90% of its revenues from private equity and needs to diversify. (Financial Times)

A lot of people are resigning in the venture capital world. Katie Haun, Jeremy Liew, Sarah Cannon, Bijan Sabet, and Katherine Boyle have all left their jobs. Some appear to be starting their own funds. (Business Insider)

KPMG is being sued for £1.3bn by the liquidators of Carillion after its audit partner Peter Meehan allegedly “repeatedly accepted hospitality from and offered hospitality to Carillion and its senior management” and “failed to respect the proper boundaries of the auditor-client relationship.” (Financial Times)

Hackers stole $320m in cryptocurrency from Wormhole, a defi communication bridge. Wormhole offered them $10m to return the funds and explain how they did it. (Bloomberg)

A cube composed of 186 kilograms of pure 24-karat gold turned up in Central Park, New York. “The cube can be seen as a sort of communiqué between an emerging 21st-century cultural ecosystem based on crypto and the ancient world where gold reigned supreme.” (Art.Net)