Equities sales and trading jobs will not die 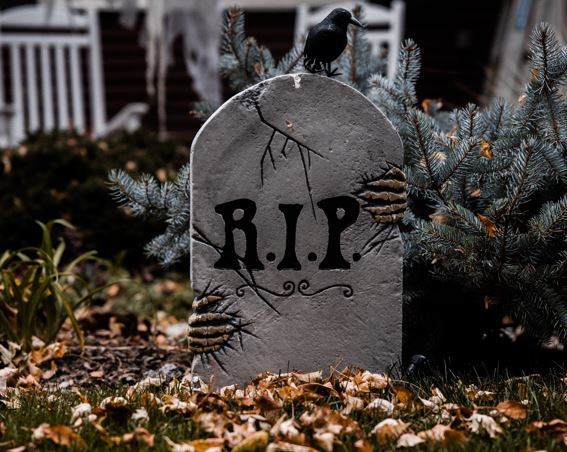 People have been calling the end of equities sales and trading jobs for a while now. - Kerim Derhalli, the former head of global equities trading at Deutsche Bank, said equities careers were dead in 2017 after pronouncing them ripe for automation.

Four years later, equities jobs are still going. And according to a new report from Coalition Greenwich, while their numbers may shrink, they won’t ever disappear entirely.

Although trades executed through human beings have been falling as a proportion of the total, there are signs they might be stabilizing at a new lower level, as per the chart below. 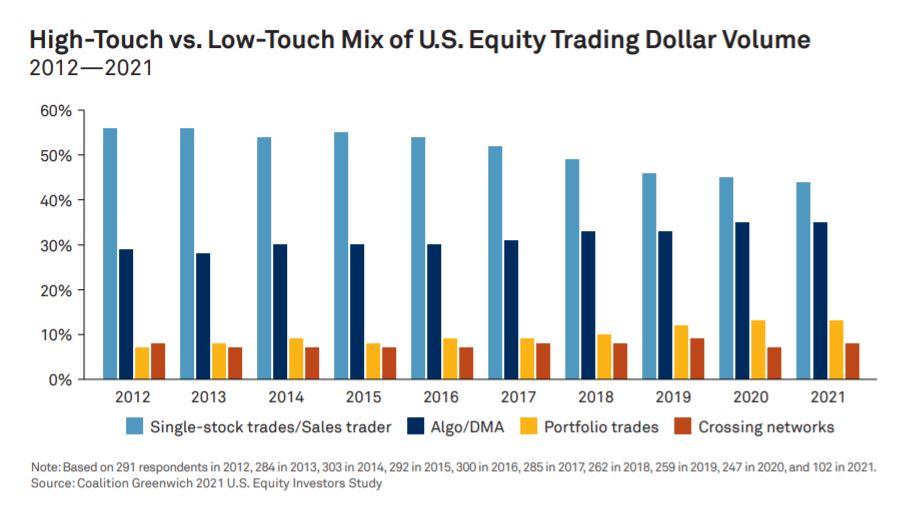 As trading technology has become more sophisticated, Coalition Greenwich says firms have been able to shift more and more of their trading volumes to "low touch" strategies like algos and direct market access. However, they note that, "there will always be a need for skilled hands to help navigate the changing trading landscape," and that single stock sales traders still account for the biggest proportion of U.S. equity dollar trades by volume.

Nonetheless, if you're planning for a long career in equity trading, you might want to avoid hedge funds in particular. The same report says their espousal of algorithmic trades over human beings is especially enthusiastic... 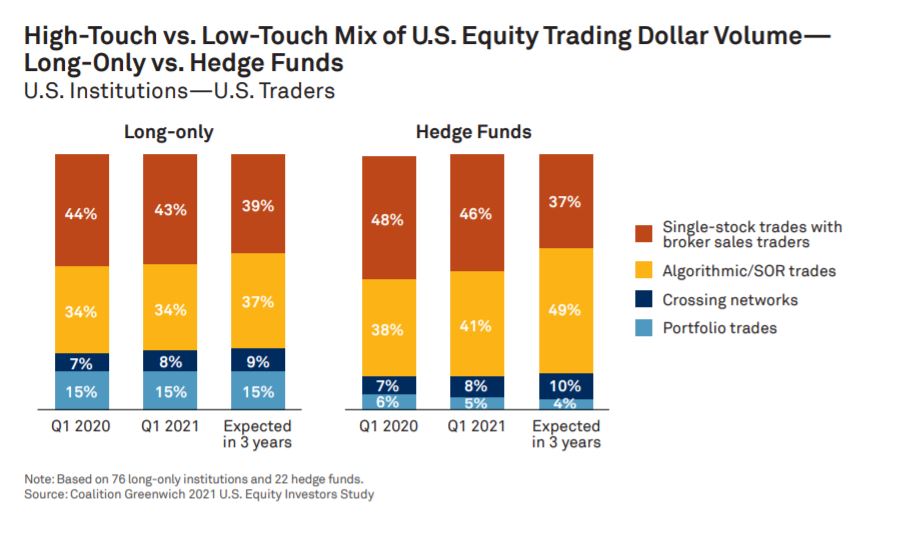 Photo by LOGAN WEAVER on Unsplash