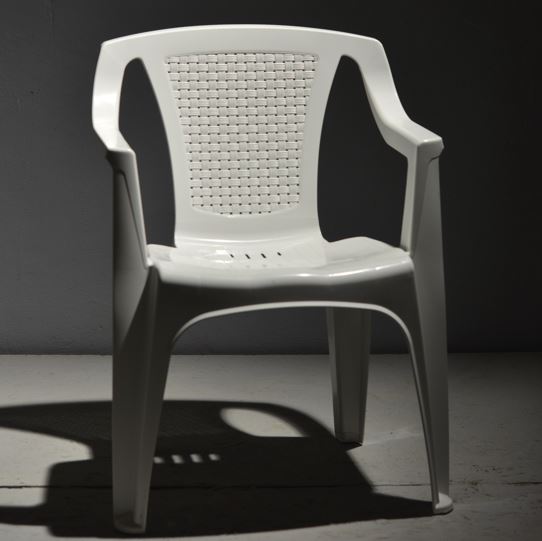 Warren Buffett has his old car and cheap house, Bill Hwang has his plastic chairs and $7 sandwiches. Not everyone who makes money in trading is spending this summer at the Hamptons or contracting the Delta variant at clubs in Mykonos.

Of course, it's disputable whether Hwang - who lost $20bn in two days in March 2021 when his family firm Archegos Capital blew up - has any money left for cushions and meals out.  But Bloomberg, which tracked Hwang down to a house worth a few million in a borough of New Jersey, suggests Hwang remains a billionaire thanks to his investments into things like Cathie Woods' exchange traded funds.

If he is, Hwang doesn't behave much like one. Like any other semi-unemployed father, his days are spent driving his family to rendez-vous around town and sometimes visiting the diner down the road selling $7 sandwiches. Bloomberg encounters him sitting on his porch on a plastic chair next to a plastic table, both of which look like they came from Costco. When neighbours are told that Hwang might be a billionaire they're incredulous.

It's a distinct contrast to the lifestyle of - say - WeWork's Adam Neumann, whose enthusiasm for wasting other people's money seems to have been matched only by his enthusiasm for hot-boxing on private jets. Of course, some people might argue that Hwang did waste a lot of money - albeit with less fervent hedonism than Neumann. Credit Suisse, for example, is $5.5bn down by virtue of Archegos. Hwang's own employees have lost around $500m in deferred bonuses; some have put their homes up for sale. Archegos still owes $160k in rent for its office in Midtown Manhattan.

Sitting on a plastic chair in a modest suburb of New Jersey is perhaps an appropriate penance in the circumstances, but Hwang - who is also highly religious - is trying to make amends. Bloomberg reports that he's praying, reading biblical texts, and talking to a retired general about strategy. In between acting as the family chauffeur, Hwang is also trying to invest his remaining money. In the background, though, the liquidators are coming for him. When they do, the plastic chair and table won't recoup much....

Separately, people at Goldman Sachs and JPMorgan may already be back at the office, but other banks are increasingly shunting their return dates into the long grass of October. After telling staff last week that they need a COVID vaccine before returning to the office, Jefferies' CEO Rich Handler has now used his Instagram account to inform people that Jefferies' fully vaccinated employees now won't be returning until October 4th. Over a dozen Jefferies staff have caught COVID, says Handler. "Fortunately there have been no severe cases, but in one instance, the virus was transmitted to family members, including an infant," he added.

The terrible final days of Bernie Madoff: hallucinating and gasping for air with a gangrenous toe and minus eight teeth. (Marketwatch)

U.S. banks increasingly dominate the equities sales and trading market. “We’ve seen the market share in Europe has increasingly gone to the big three or four US banks and I think that’s even more notable since MiFID II.” (The Trade News)

"My brother had the ambition of being a professional oboist. From the age of about 15, this was all he wanted in life and for a decade he did everything to make it happen. But when, in his mid 20s, he realised he was probably not going to get snapped up by the London Symphony Orchestra — or any orchestra at all — he sadly put his oboe away, cancelled his ambition and joined a stockbroker instead." (Financial Times)

"I pay my husband to do household chores by allowing him to play video games." (Sun)

Photo by Volodymyr Tokar on Unsplash