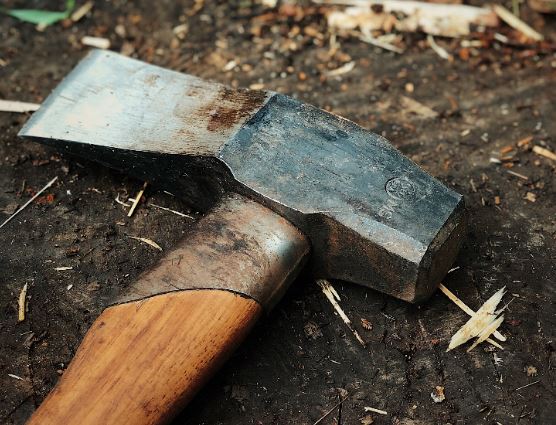 Given that Credit Suisse's equities business as a whole only made $2.6bn last year and that prime broking revenues are typically only a third of this, it's easy to see why Dabbs and Nelson have fallen out of favour. The two men are reportedly stepping down immediately but are 'transitioning out' between now and May, which could make for a few awkward weeks.

Things couldn't be more different at Goldman Sachs and Morgan Stanley, both of which were also exposed to Archegos, and which protected their banks from similarly large losses. Morgan Stanley CEO James Gorman confessed last week that the bank made an initial  $644m loss on a Sunday night block trade existing Archegos exposures and a further $267m derisking other Archegos-related positions. However, Gorman said repeatedly that he was "very pleased" with how Morgan Stanley's prime brokerage staff handled the "complex situation." Morgan Stanley's prime brokerage is a "gem of a business," said Gorman: it's generated close to $40bn of revenues in a decade and is a "core part and backbone of the equities business."

While Morgan Stanley's prime brokers basked in the adulation of the CEO, something similar was happening at Goldman Sachs. There, the prime broking business avoided Archegos-related losses entirely and hedge fund balances reached record levels in the first quarter.“We identified the risk early and took prompt action consistent with the terms of our contract with the client. I am pleased with how the firm handled it,” said Goldman CEO David Solomon. Goldman wants to continue growing the prime business, said CFO Stephen Scherr. "Growth in prime has been a strategic imperative for us," he added. - As we noted a few weeks ago, both Goldman Sachs and Morgan Stanley have been using their prime broking businesses to increase their penetration with systematic hedge funds.

Credit Suisse is/was Europe's biggest prime broker, so Dabbs and Nelson probably thought they were doing well until they weren't. However, while U.S. banks have been pouring money into prime broking unit both Credit Suisse and Nomura made big cuts three years ago; the moral of the story might be to position yourself where the investment is happening.

Separately, following yesterday's report that HSBC is doing away with its executive offices and casting its most senior people adrift into a sea of hot desks, we now have an authentic view of what those hot desks look like. - HSBC CEO Noel Quinn posted a photograph to his LinkedIn profile yesterday. We've taken the liberty of duplicating it below. Think patterned purple-brown carpets, dim lighting and desks arranged at haphazard angles. Welcome back to the office. 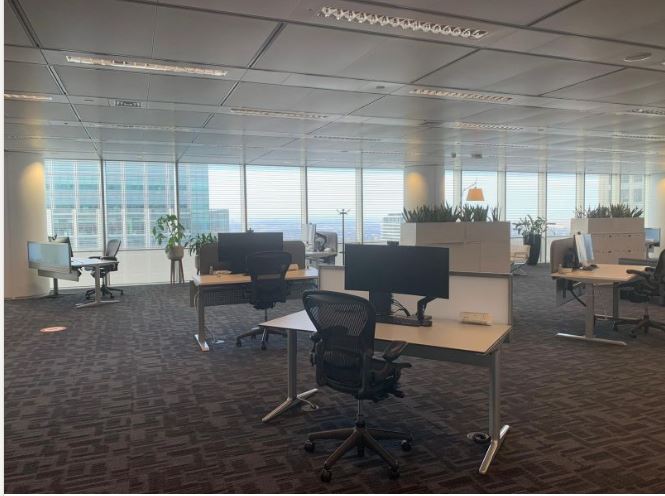 Credit Suisse executives should base for the arrival of their new chairman from Lloyds. “He was very quick to exit senior managers who did not acquiesce to his view," said one banking analyst. In Zurich, he will scrutinize “who needs to be exited.” (Bloomberg)

Senior people want to go back to the office. Others aren't so sure. “We might be forced back in, but there’s not much appetite. Most people are thinking September at the earliest.” (Financial News)

People at the European Investment Bank says they've been traumatised by suicides. Paul Van Houtte, a former bank economist said he was sitting on a sofa in a communal area at the EIB in 2013 when he heard a thud, saw a body lying on the floor and went to help. He hasn't been able to work since. (Bloomberg)

Getting a job at GS was like winning the lottery. Of 6,000 applicants for our cohort, 600 were interviewed and 65 selected. It was an intense two years. We were raised to be resilient and self-sufficient.When we look back, there is no question our two years at GS were worth every long night and often-stressful days. Would we do it again? In a heartbeat. It was life-changing. The experiences, the knowledge and the friendships we have carried with us in the more than 30 years since we left, are priceless... (Globe and Mail)

Photo by Jon Tyson on Unsplash