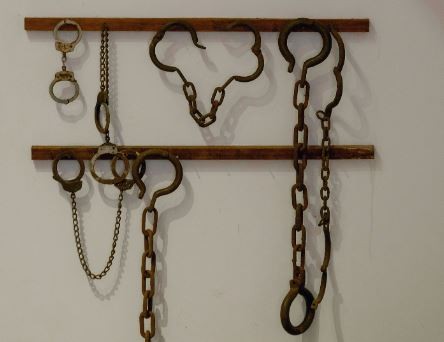 One can only imagine what it must have felt like to be Nick Hughes on Monday morning this week.  You’re the co-head of UBS Australia, one of the top investment bankers in your country, it’s a bright late summer morning with the sun shining in Sydney and from the moment you wake up, you know you’re about to have one of the worst days in the office you’ve ever seen.

Monday was, of course, the day when cheques cleared for cash bonuses, and therefore the day on which anyone who had accepted a job offer somewhere else was able to resign.  And for the last several months, it’s been an open secret that Barrenjoey Capital, a well-funded start-up investment bank, has been planning to staff-up, largely at the expense of UBS. Mr Hughes apparently even knew that on this particular day, the departures would mainly be coming from the equity research team.

The terrible thing is that there was almost literally nothing that he, or his colleagues could do.  Time was when it might have been possible to hang on to some top names by putting them in extremely heavy golden handcuffs, but regulators these days frown on multi-year guaranteed deals.

The other classic playbook is to shut the would-be leaver up in a conference room and bring in a parade of colleagues to tell them what a mistake they’re making, what a bad place the rival employer is and how their franchise will never recover.  It’s hard to do this, though, when the rival is largely staffed by revered former rainmakers from UBS itself, and when most of the people you would usually rely on to give this pep-talk are also resigning.

All Mr Hughes had been able to do was give some of the biggest “flight risks” a bit of early visibility on their 2020 bonuses a few months earlier in the hope that it would never come to this. It didn't work. By the mid-morning, the equity research team had been "hollowed out" and by mid-afternoon the defections were in double digits, and it wasn't even over.

While Hughes surveys the carnage, the remaining staff at UBS Australia need to be thinking about how to turn the situation to their own advantage.

Mr Hughes has committed that UBS will be “rehiring and maintaining our position as the pre-eminent investment bank in the Australian marketplace”, and says he has the authorization and funds to do so. If you work for UBS already that sounds like good news. It isn’t.

In the aftermath of defections it's normal for some people to receive temporary promotions until the management can hire another franchise name, who will quite likely come with his or her own team and push you right back down the ranks.  As well as moving to protect themselves from this, UBS's remaining staff need to move quickly to build up their personal franchise. They don't want to be stigmatized as “one of the ones that Barrenjoey didn’t want”.

It's also by no means certain that the raid has finished.  There might be some more phone calls to come from Barrenjoey (or indeed from Jarden, or one of a few other players who are making Sydney one of the hottest markets for bankers in the world right now). UBS will want to hang on to remaining people, but beware making promises. - Most investment banks deserve to be shown exactly as much loyalty by their employees as they show themselves when times are tough.

Elsewhere, as banks begin to make plans for the end of government-enforced lockdowns, some CEOs are sounding more and more like exasperated parents.  The subtext of “it’s your choice, but we hope you make the right choice” is becoming palpable.  Ralph Schlosstein of Evercore is setting the tone, telling Bloomberg TV that “It is very much our goal to be back in the office together … We’re encouraging everybody to get vaccinated … requiring that is complicated because there are certain people whose religious or other beliefs make them reluctant”.  Furthermore, although “On a case-by-case basis, we can and will be flexible. I’m hopeful that, in our industry, this allows for longer careers for both females and males who are very actively involved in their children’s upbringing”, Mr Schlosstein is clear that “We at Evercore are passionate believers that our business is a business of human interaction and apprenticeship and mentorship”.

Got that?  Nobody’s ordering anyone back to the office, that would be terrible. They’re just reminding us their passionately held corporate values and trusting their employees to decide for themselves.  Frankly, if you can’t pick up the message from that, you don’t deserve to be in banking.

A potential sleeper issue with considerable implications for the buy and sell side in Europe – changing market trends and regulations mean that the asset management industry needs lots of ESG analysis, and it can’t get it from the sell side any more. (Financial News)

Derek Melvin, a Morgan Stanley MD profiled as one of the “Ten Black Bankers Reshaping Wall Street”, reminds us that one under-emphasised barrier to diversity is the fact that lots of people simply haven’t heard of the investment banking industry at the age when internships are being decided.  He’s encouraging MS to do more lateral hiring from other industries to expand the talent pool (Bloomberg)

Without a single banker involved, the three scientists who invented deep learning neural networks conducted an auction to sell their startup (eventually to Google) for $44m. (Wired)

A new CEO? Must be time for a “whole bank strategy” and cross-selling initiative in which the investment bankers are encouraged to generate referrals to the wealth management division.  This time it’s Citi walking down the well-trodden strategic path, with the contemporary twist of encouraging family offices to get into SPACs. (Bloomberg)

A profile of Greg Brereton, the quiet, unassuming “good bloke you could have a beer with” who is currently being blamed by his former employer for their Greensill exposure.  Apparently David Cameron hangs up the phone if you ask about his visit to Mr Brereton’s office.  (FT)

Another subtle indicator that people are looking to the post-coronavirus future – the WSJ’s “How To Dress For A Job Interview” contains advice for the lower half of your body. (WSJ)

Photo by Henry & Co. on Unsplash